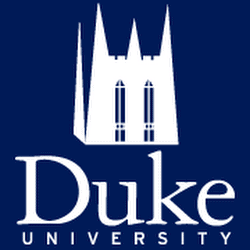 Mechanical engineers at Duke University are finding that Senix ToughSonic® 14 sensors are the ideal tool for conducting hands-on experiments in dynamics.

As an instructor and manager in Duke’s Dynamics Laboratory, McGuire works with professors to design and set up experiments. In the first experiment involving Senix ultrasonic sensors, McGuire and his team wanted a hands-on way to teach Lenz’s Law, which stipulates that an induced current will flow in the opposite direction of the charge that produced it. A Senix ToughSonic 14 ultrasonic sensor tracks the position of the rolling sphere in this Duke University mechanical engineering experiment.

How does it work?

To show students the impact that electrical conductivity has on moving objects, McGuire and his team set up a four-foot copper tube and designed an experiment in which six different sized spherical magnets would be dropped through the tube. Lenz’s law is demonstrated by the fact that the largest magnetized sphere, which covered most of the diameter of the tube, took nearly 15 seconds to drop the four feet, compared to only a few seconds for the smallest.

“To make the experiment useful to the students, we needed a way to measure the speed of the sphere down the tube so we could get a velocity curve rather than just a start and finish time,” McGuire said.  “We tried a few ultrasonic sensors from other suppliers, but we encountered problems with the wiring and we repeatedly got errors such as spikes in the data.”  The team tried other non-contact distance sensors including optical sensors, but could not find the results they were looking for.

McGuire tried the Senix ultrasonic sensors and discovered that the ToughSonic 14 sensors delivered a far superior performance than any other sensors they had tried.   “We found Senix after doing a web search and bought one to see how it would work,” McGuire said. “We weren’t optimistic based on the results we had with other ultrasonic sensors. But with the ToughSonic sensors, it was a whole new experience. We found that the sensor was very easy to program and that it would give us all the distance vs time measurements we were looking for.”

Once this experiment was done, McGuire, his team incorporated ToughSonic sensors into a second experiment. “The goal in the second experiment was to teach students about the dynamics of a cylinder running down an inclined track,” McGuire explained. “We used the Senix sensors to measure the position of the rolling cylinder vs. time.”

For a third experiment to show the dynamics of a pendulum, McGuire bought six additional ToughSonic 14 sensors. In this experiment, two Senix ultrasonic sensors are set up to read the position of Delrin® cylinders on shafts that are connected at the top by a spring. “Here we are demonstrating the effect of a spring on the dynamics of the pendulum,” McGuire says. “The distance measurement sensors measure and record the oscillation.”

McGuire says the Senix ToughSonic 14 sensors offer the right balance of programmability, versatility and rugged construction. “The other ultrasonic sensors we first tried weren’t as robustly built,” he said. “The customer service provided by Senix was very good, too. Senix engineers worked with us to come up with the right solution.”

McGuire said there are plans to use the first and third experiment in coming semesters. The second experiment involving the cylinder rolling down the inclined track may be changed, he said. “Now that we know how well the Senix sensors work, we plan to use them in other labs,” he said.