From regional short line freight service to coast-to-coast passenger trains, the nation’s railroads depend on diesel power.  With increasing investments in new technology diesel engines and repowering and replacement of existing engines, railroads are poised for achieving greater service and efficiency goals.  Diesel power is proven technology and provides efficiency, durability reliability and now near-zero emissions, and Diesel has long been the technology of choice for moving people and goods by rail. The result was the Traction Engine Control Unit (TECU), an intuitive system that is easy to navigate and operate to get the most out of a vehicle. Installed inside the high voltage Electrical Cabinet, the TECU I/O modules receive input from contactors, relays, Current Sensors, Fuel Level Monitor, Pressure Sensors, Oil Sensors, and Senix ToughSonic CHEM ultrasonic level sensors. The TECU also receives Control Stand operations such as throttle direction, notch, brake, and many other locomotive operations. This data is viewa ble on a display screen located nearby, so you can see exactly what your vehicle is doing, from the inside out.

TMV uses the Senix Ultrasonic CHEM 10 Level Sensor to detect fuel level in diesel-electric locomotive fuel tanks.  TMV Control had the expertise to calculate fuel level based on the dimensions of the fuel tank, but we needed something that could accurately measure the level or height of fuel.

TMV Control explored options such as using flow rate to measure fuel level, but experienced difficulties serious and tough conditions of the railroad such as trouble under movement, vibration, alternating weather and temperature conditions, and inclines. The Senix ultrasonic sensor can endure all those and still give accurate readings.  TMV Controls has selected the ToughSonic CHEM 10 due to its accuracy, ruggedness, dependability.  The CHEM 10 is made of PVDV, the transducer is protected by a layer of PVDF, the PUR jacketed cable and electronics are potted and protected, and all ToughSonic sensors have an IP68 rating.

Flow Rates are notoriously inaccurate because fuel is pumps out of the tank, but a return line pumps some back in. The incoming and outgoing fuels tend to be at different temperatures so flow rate sensors can measure more fuel going back in the tank.  Even small errors keep adding up. Calculating the dimensions of the tank with the readings from the Senix ToughSonic CHEM 10 ultrasonic sensor is much more accurate.  We measure, record, and display fuel level using the Senix sensor. We also measure kilowa@ hours. Using these two measurements, railroads can determine the efficiency of locomotives and their engines. 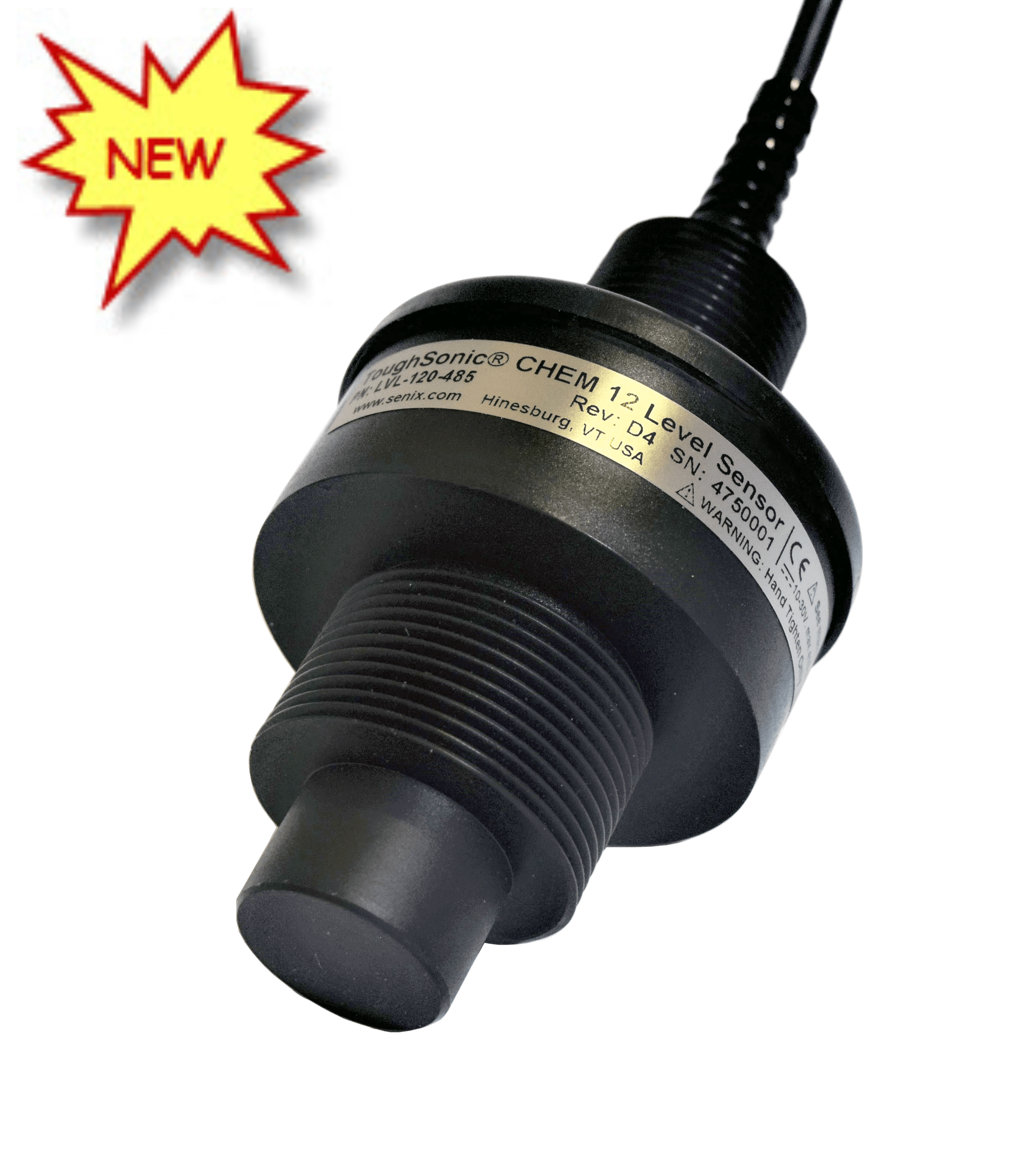